Men's Health asked us to revisit "The Penis Stories" from Lost in Space and having accepted the challenge, we chose to talk fathering, penis size, and swagger. 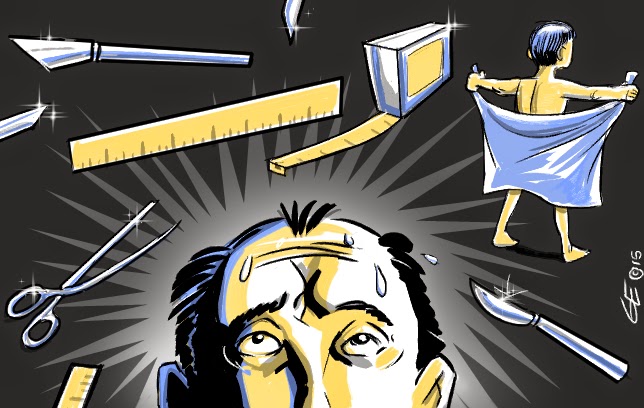 So please do enjoy it. Excerpt? Word.

"Like any parent, I'm terrified that I'll fail my kids in ways I can’t even contemplate yet. And also in ways I can entirely contemplate but also might be aspects of life I never really understood in the first place, which is just as terrifying.
For instance, I'm pretty sure it's my job as a father to teach my sons how to act like they have the biggest dick in the room, even when they do not. If my sons just had the biggest dicks in the first place, it would save me some work and anxiety.
When I was barely older than my oldest son is now, I was on the high school wrestling team and there was a senior named Donald whose penis was at least a foot long, soft.
Donald would sit in the locker room naked. Holding his penis in one hand, he would casually swing it back and forth as he held court and expounded on life in all of its myriad complications.
I would sit there, mesmerized, and it’s even quite possible that he hypnotized me.
It’s also quite possible that Donald's enormous schlong did him no favors, and he's no more the CEO of Fortune 500 company than I am. But hell if he wasn’t the most confident guy in a room full of confident guys."
Posted by TBWCYL, Inc. at 11:23 AM