So this is what happens when you let Michael J. Seidlinger take over your blog for the day during his epic, and dare we say, life changing My Pet blog tour. Be afraid, be very afraid. 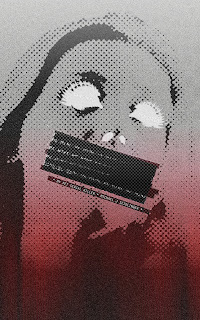 ~Estimated to operate between the hours of 7PM and 11PM.
~Cold-called from a pay card various local residences.
~Spoke to receptive individuals, often for hours at a time, discussing the ups and downs of their life choices.
~Gave advice and proceeded to ensnare victims with a truth that kept them on the phone waiting for his every command.
~After providing advice, reportedly used influence to command victims.
~Stated to have told victims, “This is how I will change your life.”
~Told victims how to stabilize/improve life.
~Victims resist or desist.
~Victims that resisted resulted in self-induced suicide.

My Pet Serial Killer. More here. For real. Enjoy. It just might change your life.
Posted by TBWCYL, Inc. at 2:36 PM