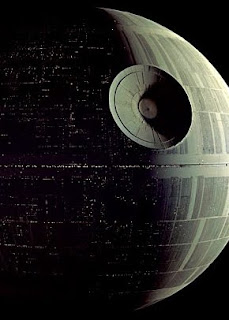 The always awesome Marshal Zeringue overseer of all things Campaign for the American Reader, has invited TBWCYL, Inc. spokesperson Ben Tanzer to write an essay responding to The Page 69 Test for You Can Make Him Like You. We are most appreciative for this opportunity, as we were when Marshal invited us to do so for Most Likely You Go Your Way and I'll Go Mine as well. Please do take a look, please enjoy the below excerpt and again, big thanks to Marshal and the whole team at the Campaign.

"The question is whether or not Page 69 of my new novel You Can Make Him Like You is representative of the rest of the book and would someone skimming that page read on? In terms of the latter question I am contractually obligated to tell you that of course they would read on, You Can Make Him Like You is like a magnet, or more accurately the Death Star, though a good literary kind of Death Star, drawing you in to a magical world where everything everywhere else but the world you've been drawn in to ceases to momentarily exist."

Email ThisBlogThis!Share to TwitterShare to FacebookShare to Pinterest
Labels: Campaign for the American Reader, the page 69 test, You Can Make Him Like You

"...whether you are even allowed to engage in this debate if you or anyone you know has ever listened to Hootie and The Blowfish..."

That really should say "...willingly listened to..." or "...owned that one CD by..." Because anyone who lived during that era, other than perhaps solitary-confinement prisoners and fundementalist commune residents, couldn't help hearing Hootie at least once. (Come to think of it, if they really want to punish the worst convicts, forced listening to Cracked Rear View might be in order. Though the ACLU and Amnesty International would definitely object.)

I once witnessed two brothers (one of them a very good friend of mine) who almost came to blows over a late-night game of euchre, which is partly due to sibling rivalry, but mostly to the repeat switch having been accidentally activated on the CD player, thus playing the same Hootie song ten times in a row. Nerves were on edge, and something had to give.