There is new piece, "Smiling to Himself," at the Atticus Books. And there is celebration. 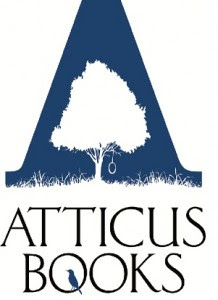 Yo, quite happy to have a new piece, "Smiling to Himself," up at Atticus Books. It is part of group of pieces we've been working on set in contemporary Chicago, the first of which was "Taking Flight" which ran at Metazen. We hope you dig it, big thanks to Atticus, and for you viewing and preview pleasure some excerpt.


"When exactly did doctors become younger than me thought Pete? Pete could accept that almost every professional associated with his children’s lives was younger than him, the teachers, the speech therapists, the nurses at the pediatrician’s office, not to mention the pediatrician herself. But his doctor too, when had he become his dad?

It wasn’t that the new guy wasn’t good or thorough or professional, but he looked like a high school student or maybe a cast member from Glee. He certainly didn’t shave. Was he even old enough to drink?

“Hey doc,” Pete asked, “are you old enough to drink yet?”

The doctor smiled. Jesus, was he wearing braces? No, thank God.

“I am not old enough to drink,” the doctor replied, “but I will be old enough to vote when Obama is up for re-election, so that’s cool.”

Cool. Pete said cool all the time, but were doctors supposed to say it?

“Okay, Pete,” the doctor said, pulling on a rubber glove, “you’re forty now, buddy, and I need to check that prostate.”

“Really, you couldn’t have given me warning before I got here?” Pete asked. “A post card maybe, or a text, how about a comment on my Facebook page, isn’t that how you guys communicate with each other?”