Wherein we are Loren Kleinman Orphans interview and most endlessly appreciative for that. 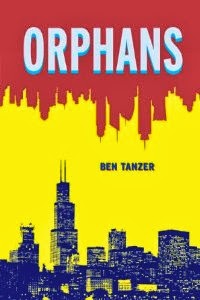 LK: Did you know the titles of your books before you started writing?
BT: No, I had actually briefly fixated on the working title Blue Legs because in the opening scene the protagonist is on a sales call with a potential client who has blue legs. I liked the idea that blue legs would seem weird and imply this book was going to be something different than I usually write, though maybe not exactly so. I also liked the idea that blue legs would be cold to the touch, yet still kind of sexy. To me anyway, I love skin. Later in Orphans the reader learns more about why characters in this story might have blue skin, though by that point, I had moved on to the idea of titling it Orphans, with my focus on the idea that the characters in this book are all orphaned, by family, work, or society.
Posted by TBWCYL, Inc. at 11:35 AM